Maybe your Costco has Sriracha Sauce; mine, in Nashville, just got it. 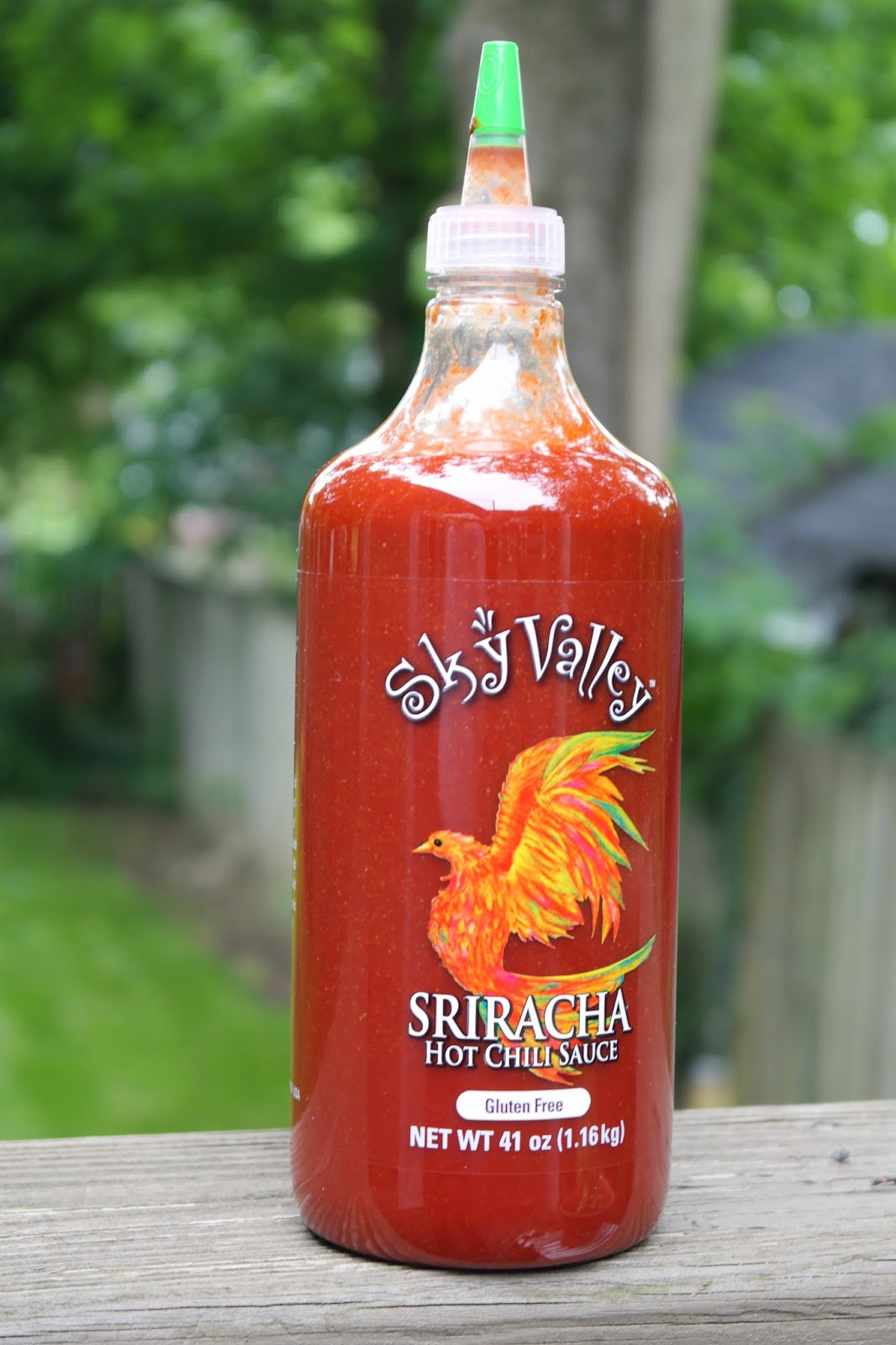 My first question was, how do you say it? This is a YouTube video about pronunciation, but it won't play on my phone, so if you can't see it, I apologize.

Bob's son and daughter-in-law love Sriracha, I've never purchased it before but have been vaguely aware of the controversy over the Sriracha shortage and the Sriracha smell from the factory.  I figured anything with this much press must be good. (Remember, I'm someone who loves ketchup.)

The Sky Valley Sriracha at Costco is not the "rooster" brand usually referenced. Sky Vally has a Phoenix on the front, not a rooster, and is manufactured in Yanceyville, North Carolina, not California. Sky Valley is an organic foods company, but the Sriracha is not labeled organic. I paid $6.39 for 41 oz.

To get an idea of the spiciness, when I got home, I tried some on a cracker. It was spicy. Hot, but not uncomfortably so.  I had been wanting to convert left-over bison spaghetti sauce into chili; the Sriracha worked perfectly.

I added 2 teaspoons Sriracha to 1 and 1/2 cups of very meaty sauce, and the sauce was transformed.  Served over brown rice, even with the blandness of the rice, the meat mixture had too much spiciness for us.  We both would have been happier with less heat. I forgot that spices, when warmed up, taste hotter than when served cold. Next time I would try only one teaspoon of the Sriracha.