Bluebird on the Mountain, Ravinia, and my new Costco Wagon 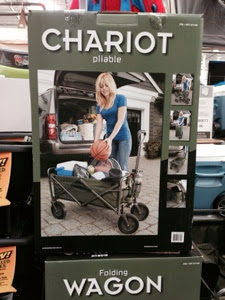 A few years ago, maybe ten, Bob and I and a group of friends attended Ravinia in the Chicago suburbs. At Ravinia, an outdoor concert venue, I think we heard the Chicago Symphony, but I know we saw sophisticated city folk with elegant picnics sitting under the stars listening to music.

The music was lovely, but what impressed me most was the elegant picnics, at least one of which included a candelabra, white tablecloth, and candles.

Along with the picnic, I packed a handful of Costco flameless candles and purchased, and this is what was INCREDIBLY SMART, if I do say so myself, a collapsable wagon purchased at Costco for $58. 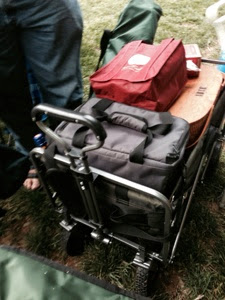 The candles were a nice touch, but the wagon was perfect for transporting wine, food, blankets, and chairs over the uneven terrain.  I am SURE the sight of us pulling the wagon sold many other wagons.  One man even said , "I've been thinking about getting one of those, and now I'm going to."

The schedule for the rest of the summer is:

I'll be bringing my candles and wagon!
By Unknown at 1:29 PM