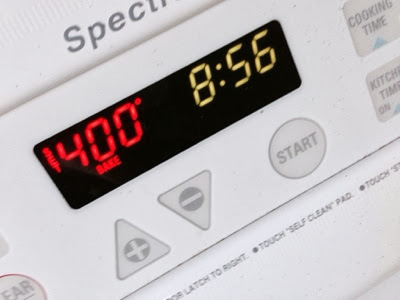 At the Nashville Food Bloggers' party on Sunday, I revealed that I shop almost exclusively at Costco.

"How do you deal with all that produce?" They wanted to know.

I explained that since the produce at Costco is so much fresher than the grocery store, it doesn't have to be used immediately, and I have a freezer.

I had no trouble using the cauliflower quickly because I've been trying to replicate a Roasted Cauliflower recipe from Grape Leaves restaurant in Detroit, so far, without success.   My recipe:

Cut cauliflower into florets. Along with chopped garlic to your taste, shake in a plastic bag with enough olive oil to coat. Spread on baking pan and roast at 400 degrees for 20-30 minutes. Salt and pepper to taste.  I think Grapeleaves might use za'atar but I haven't been able to figure out the right amount.

I explained my attempts to replicate Grape Leaves' recipe to Lisa Mays of Wine with Lisa, and she suggested something which I know would have worked for her.  Call them and ask! I don't know why this simple solution seems so intimidating to me.

I decided for this post I really should, so I tried this morning, but they didn't pick up. (Thankfully!) I've called them a couple times to order take-out, and they seem kind of angry on the phone when you order out.  I just can't picture me in the "I'm calling for a recipe...." conversation. At the same time, I know Lisa could carry this off.
By Unknown at 9:04 AM