Random Costco News of the Week

A woman in Brooklyn sued Costco because, in 2009, her shopping cart fell on her causing nerve damage.  Brooklyn Costco is two-story with separate escalators for people and carts. Her cart started up the cart escalator but rolled back on her causing the injury.  A jury awarded her 9.9 million dollars.  Costco attorneys are going to file an appeal.

When I visited Brooklyn Costco in 2013, an employee hooked the carts on the cart escalator for you.

These cart escalators have had problems in other places. A woman at the Harris Teeter here in Nashville was killed by a fall involving a cart escalator.

Two men were fighting in the gas station area of the Costco parking lot in Lodi, California,when one of them took a bite of the other's ear.  Lodi police were able to charge the biter with "mayhem," a charge which includes depriving someone of a part of their body.  The fight was over a woman.

Organic Deals blog has a post on organic options for Halloween available at Costco.

Japan Times did a wonderful article about Costcotuu, the very popular Japanese Costco blog and Twitter feed.  It's fun to learn more about the author. I read her blog using Google translate. 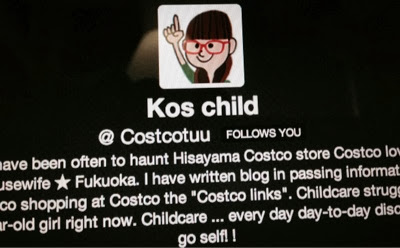