Costco is selling at least one bottle of a rare McCallan Scotch, bottled in Lalique glass. A bottle of this scotch, aged for 60 years, sells at Costco for $16,999, other places for $20,000. Only 400 bottles were manufactured, 72 are in the US. Not sure how many of those are in Costco. 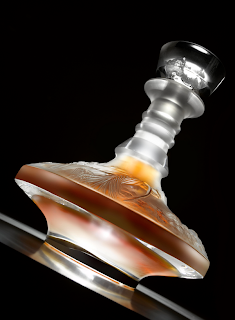 This week, Jimmy Fallon announced on his TV show that he bought his wife's engagement ring from Costco.

Also this week, The New York Times ran an editorial connecting big box stores, and Costco by name, to the obesity epidemic.  I've thought about this editorial a lot.  We know that obesity is a larger problem in lower socioeconomic levels and those are not Costco's demographic, but it's also true, as dietitian/nutritionists, like my friend Rose, would tell us, that having that tempting food around means we're more likely to eat it.

And that tub of Almond Bark is calling my name.   I don't think Costco is related, even tangentially, to the obesity epidemic nationally.  I think it's mostly the computer revolution which has us all so inactive so much of the day.  But, in my specific case, the ready availability of the Costco almond bark/cherry clusters/animal crackers may not be unrelated to a few of my personal extra pounds.