I realized I wanted a deck box to go under my deck last fall; but, by then, Costco was sold out.

The Costco on-line prices and prices other than Costco were too high, so I grabbed a deck box as soon as they came back into stock this spring.

Dave said it just snaps together and is easily assembled. 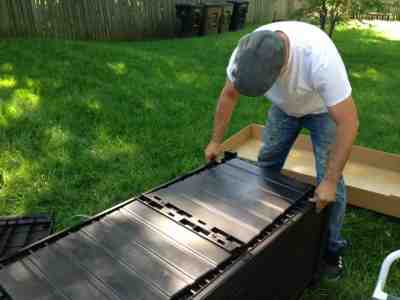 I'm using a carabiner instead of a lock, so I won't have to worry about not having the key for spur of the moment gardening urges.

Since I'm keeping bird food with the gardening tools in the box, I really hope the squirrels don't figure out the carabiner. 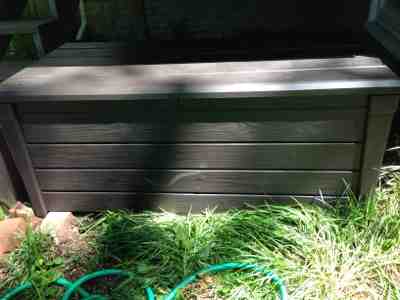