About a year ago, maybe more, Costco had cute little ballet flats. I tried them on, decided I never wore flats, and did not purchase..

Of course, since then, I decided I needed flats, weighed Lanvin vs. Tieks, and ended up buying Tieks, both for me and my daughter. Expensive, (but not as expensive as Lanvin!)

Only mention this because my Costco now has Chooka Rain Skimmers. My first response was I would never wear, but then I realized Costco is often ahead of me in knowing what I'm going to want. Price is great. 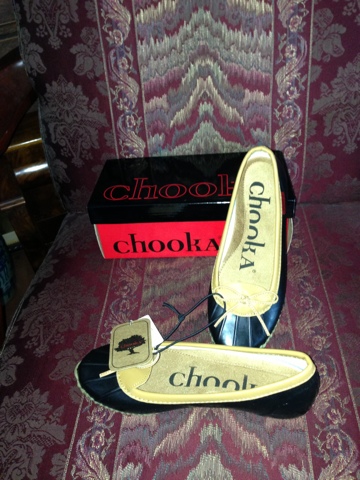